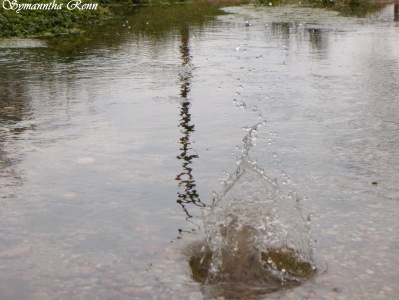 Each haiku is a surprise, a unique creation from an individual imagination. – Margaret D. McGee

Two Definitions of Haiku:
1) A haiku is a short poem that uses imagistic language to convey the essence of an experience of nature or the season intuitively linked to the human condition. (Official Definition from the Haiku Society of America)

You do not have to write three lines of 5/7/5. If you write 5/7/5, that does not make your poem more of a haiku than someone who does not write 5/7/5. An ideal haiku should be short/long/short. Most serious poets stay away from the count of 5-7-5 though. The plural of haiku is “haiku” NOT haikus.

“Many so-called “haiku” in English are really senryu. Others, such as “Spam-ku” and “headline haiku”, seem like recent additions to an old Japanese category, zappai, miscellaneous amusements in doggerel verse (usually written in 5-7-5) with little or no literary value. Some call the products of these recent fads “pseudohaiku” to make clear that they are not haiku at all.” -Haiku Society of America

Brevity is the heart and soul of haiku.  – Margaret D. McGee

An average haiku will give us a time and a place and a relationship. A good one will make us feel something about the interaction of these elements. A truly exceptional one will allow us to enter into it and become a part of it, and it a part of us.  – Jim Kacian

After you have been writing and studying haiku for a while, you may be ready to break a rule. This is fine, if it is needed to improve the quality of an individual haiku. However, before breaking a rule, you must learn and practice the rules.

Haiku should contain a season word (called kigo). However, it’s best to avoid repeating kigo or to have conflicting kigo in a single poem. Do not just fill your haiku with season words, remember a haiku is supposed to be brief. A haiku is a short poem but it must contain substance.

Haiku is usually not written in three sentence fragments, or one complete sentence. There is usually one fragment and a phrase in the other two lines. The fragment is separated by a kireji, or a cutting word. The word should be so strong that the reader takes a mental pause as they are reading your haiku. Some people call this point in the haiku “the twist” as this is where the two pieces of the poem come together. Boring and unspecific haiku is called gendai, see the definition below.

Haiku does not use metaphor, personification, simile, or many other poetic devices found in other forms of poetry. The poem is about the essence of a moment, and the moment should be so poignant that it does not need personification. Do not write a haiku that is only about how the rose in your garden is pretty. This is referred to as “garden haiku” because it is bland and boring, and there are far too many of them out there. Your haiku should contain something specific about the moment that you are writing about.

The majority of haiku do not use capitalization and use minimal punctuation. Periods are not used, and the only thing capitalized are months, holidays, or proper names.  Periods close the haiku, and so they should be avoided. Haiku should left open ended, almost unfinished.

A senryu is a poem, structurally similar to haiku, that highlights the foibles of human nature, usually in a humorous or satiric way.

Notes from HSA:  A senryu may or may not contain a season word or a grammatical break. Some Japanese senryu seem more like aphorisms, and some modern senryu in both Japanese and English avoid humor, becoming more like serious short poems in haiku form. There are also “borderline haiku/senryu”, which may seem like one or the other, depending on how the reader interprets them.

The Difference between Haiku and Senryu

All this being said, a lot of modern journals and writers do not worry about classifying their poetry as senyru, they just call it all “haiku”.

So how do you know something you are looking at is full of haiku material? One signal I recognize is when I have the urge to turn to someone, even if no one is actually there, to say, “Look at that!” Then I begin to let myself into the thing and from that center, observe what is around it. – Jane Reichhold

Writing haiku offers the chance to honor, hold, and fully experience a fleeting moment that takes you out of your self. – Margaret D. McGee.

Everything has a heart. It bears on us to be sensitive to the beating of little hearts and big hearts in places we don’t necessarily expect them to be. Everything wants to be worthy, loved, accepted into the whole. It is one of the haiku poet’s duties to pay attention to small things.  – Karma Tensing Wangchuk

renga: long poems of alternating 5/7/5 and then 7/7 verses; often composed at social occasions by a group of people. A renga consists of at least two ku (句) or stanzas, usually many more. The opening stanza of the renga, called the hokku (発句), became the basis for the modern haiku form of poetry.

hokku: a renga’s starting verse, which included a reference to the current season. This word is obsolete now.

Renku: (連句, “linked verses”), the Japanese form of popular collaborative linked verse poetry formerly known as haikai no renga (俳諧の連歌), is an offshoot of the older Japanese poetic tradition of ushin renga, or orthodox collaborative linked verse. At renga gatherings participating poets would take turns providing alternating verses of 17 morae and 14 morae. Initially haikai no renga distinguished itself through vulgarity and coarseness of wit, before growing into a legitimate artistic tradition, and eventually giving birth to the haiku form of Japanese poetry.

haiga: a combo of haiku (often in calligraphy) with a visual image. Definition by Michael Dylan Welch: Modern haiga sometimes replaces one of the three requirements, such as by using a photograph instead of a painting (also known as photo-haiga, or shahai in Japanese), or by typesetting words on a computer instead of using calligraphy. Some purists do not consider these variations to be authentic haiga, but they are increasingly popular as computer technology evolves. While traditional haiga will continue to require brush painting, haiku, and calligraphy, artists and poets have explored many additional combinations with pleasing re­sults, such as using collage and other mixed-media presentations. One key aspect of haiga is that the image is usually not an illustration of the poem, nor is the poem a caption for the image. There should be an artistic interplay between them, some sort of unexplained but intuitive leap.

ginko: a haiku walk, traditionally with two parts-people taking a walk in nature to compose haiku, then coming together to share and evaluate their poems.

haibun: a mixture of haiku and prose, often found in a travel journal. For more info see this page.

makoto: the sincerity, or poetic truth, for which a haiku poet strives.

kireji: Japanese “cutting words” that function something like strong punctuation marks in English.

kigo: a body of recognized season words developed in Japan that became a standard part of the haiku form.  Although the term “kigo” was coined as late as 1908, representation of and reference to the seasons has long been important in Japanese culture and poetry. The earliest anthology of Japanese poetry, the mid-8th century Man’yōshū, contained several sections devoted to the seasons. By the time of the first imperial Japanese anthology, the Kokinshū a century and a half later (AD 905), the seasonal sections had become a much larger part of the anthology. Both of these anthologies had sections for other categories such as love poems and miscellaneous (zō) poems.

numen: a spirit that inhabits and gives life to a place, an object, or a natural happening.

A numinous place: where the presence of God is felt and known.

Kuhi: The carving of famous haiku on natural stone to make poem monuments known as kuhi (句碑) has been a popular practice for many centuries. The city of Matsuyama has more than two hundred kuhi.

wabi-sabi: appreciation for the spiritual gifts of poverty and loneliness, along with the beauty of things that have aged naturally over time.

This site uses Akismet to reduce spam. Learn how your comment data is processed.

I originally was going to be a Mermaid for Halloween; but today we went costume shopping for my son and he convinced his dad to get us matching costumes.
Still sick 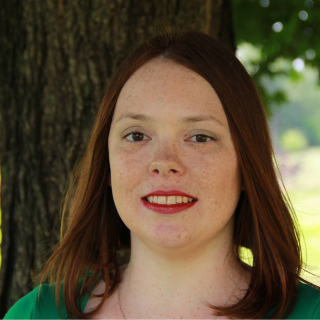 I'm an artist trying to balance motherhood, painting, and my faith.

Check out these pages.