We all have fears. We all have situations that we would consider to be the worst. This year, some of us got that pain scale re-calibrated.

So I got 2 scans a couple of weeks ago. It had been around 20 years since I got my last one and it was different. But it was good. It was warm, with a fan blowing over me. There was music and my ears didn’t hurt. My back didn’t hurt too much. Getting an MRI is not as bad as people make it out to be.

They are probably going to do a countrywide lockdown in January. Even though hospitals still got overwhelmed, despite state lockdowns. We lost many small businesses, despite the stimulus checks, but they are going to quarantine us again.

Of course much of the reason that Corona spread is because even under lockdowns people were out and about and refused to wear masks. Even though we needed peace and safety thousands protested in groups, and even though they wore masks they screamed a lot of nonsense and spread the virus to compromised people.

I know that in some places police officers went overboard and arrested people who were practicing social distancing, but I also saw stores where I live that didn’t throw customers out for not wearing masks. And I saw people who were proud to get away with not wearing masks. And I’ve seen the posts where they apologized and begged people to wear their masks because it finally affected their corner of the world.

If we had done quarantine correctly, if the protesters had been shut down, and had not allowed to burn businesses and harass regular citizens, maybe it would not be so bad now. Maybe I would not have loved ones who are dead from a virus we all knew was very contagious and infectious.

I wish that it wasn’t trendy to question the news. Covid-19 is very real, I’ve personally known over 50 people who have been infected with it. I hate that the news casters have brought their emotions into their reporting for over 2 years and now people don’t trust them.

I wish that there wasn’t a bunch of independent websites that people trust as much as the mainstream media, because many of them have spread false information and that is why thousands are dead.

I really hate that we are more than 8 months into a pandemic and people are arguing against science and ignoring common sense. I hate that there are people making up their own facts and shouting you down in hopes that they will look smart and brave on social media.

My only hope at this point is that everyone who made fun of others for wearing a mask gets sick enough to be humbled under a BiPap mask and all of their followers find out. I sincerely hope that anyone who tried to convince others not to take the virus seriously gets so sick that they are silenced by a ventilator because of a Covid19 infection.

This pretty much sums up my feelings that I have had for months. 2020 was not ruined by the Covid19 virus, it was ruined by men who wanted to be in the spotlight and wanted to look big and brave instead of compassionate and smart. 2020 was ruined by people who took the pandemic as an opportunity to act like tyrants and thieves instead of reconnecting with family and community. And I will never forget that.

but they still have all their petals

strength still in my hands

It’s been a very trying three weeks. If you’ve been following my posts on my Instagram you’ll know that I slipped a disc right before Halloween.

I got the results from my MRI yesterday. I have mild Degenerative Disc Disease. My doctor thinks that with physical therapy I will be able to get my pain under control. I’m waiting on a call from a local hospital to find out what days I’ll be taking PT.

I am feeling much better. I knew that one day my back problems would get worse, but I did not think that it would be this soon. But I have family and older friends that have gone through this and similar things, and they have given me some great advice and a lot of support.

deciding between
shorts or pants for the whole day
decoding October

I know it depends on where you live, but this is the time of year that we all laugh about in the Four States/Ozarks. We start the morning in hoodies with the heat on in the truck, but by afternoon you’re stripping off layers wondering why you dared to think Fall was really here.

And I was correct. People have now admitted that we will never see normal again. I am not upset that people are more aware of other’s physical space and are staying out of it. I am not upset that more restaurants are taking steps to not get germs all over your food. I am not upset at the masks – pollution is so bad in America that I don’t think it hurts anyone to wear a mask while out in public. The Chinese have been doing it for years. But I am ready for parties to return. I am ready for holidays and school parties. I am even ready for sports games and banquet dinners! Church dinners used to be a big part of my life, and while they were sometimes stressful as I am an introvert, I truly miss them.

I read an article on skin hunger and how we need each other. It was in the middle of the quarantines when England and other European nations were doing it with us. Then I wrote a poem because sometimes that is the best way to process something.

little porcupine
was content to go unnoticed
until you squashed her

If you have been following me on Twitter you know why I wrote this. (It was written on August 19, 2020) I was content to just nicely remind people to vote and maybe vote Libertarian this year. Then I got censored and told that I was wrong.

So now that I have been told to be quiet by some platforms and people from anonymous accounts, I have to share something about Jo Jorgensen or the Libertarian Party every day. I will dial it back to once a week after the election. Until then I will find a way to share the information that I was told not to.

It bothers me to cut things when they are just trying to be beautiful. I hate when it is done to me. And I don’t care what you think of my yard. At least there is love and growth at my house.

So many metaphors pop out at us during the fall. Yet I have trouble writing.

Sorry that I didn’t post last week. I took a week off from social media and posting things. It was healing to get away for a while. I am back now, but I encourage you to take a week away if you need it. Or you can encourage me to keep posting by liking my posts here and on Instagram and Facebook. 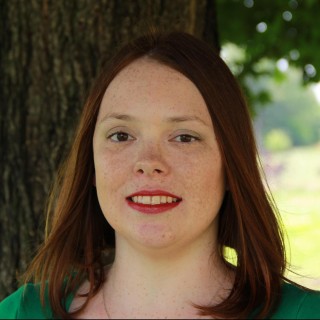 I'm a poet trying to balance motherhood, marriage, and my faith.